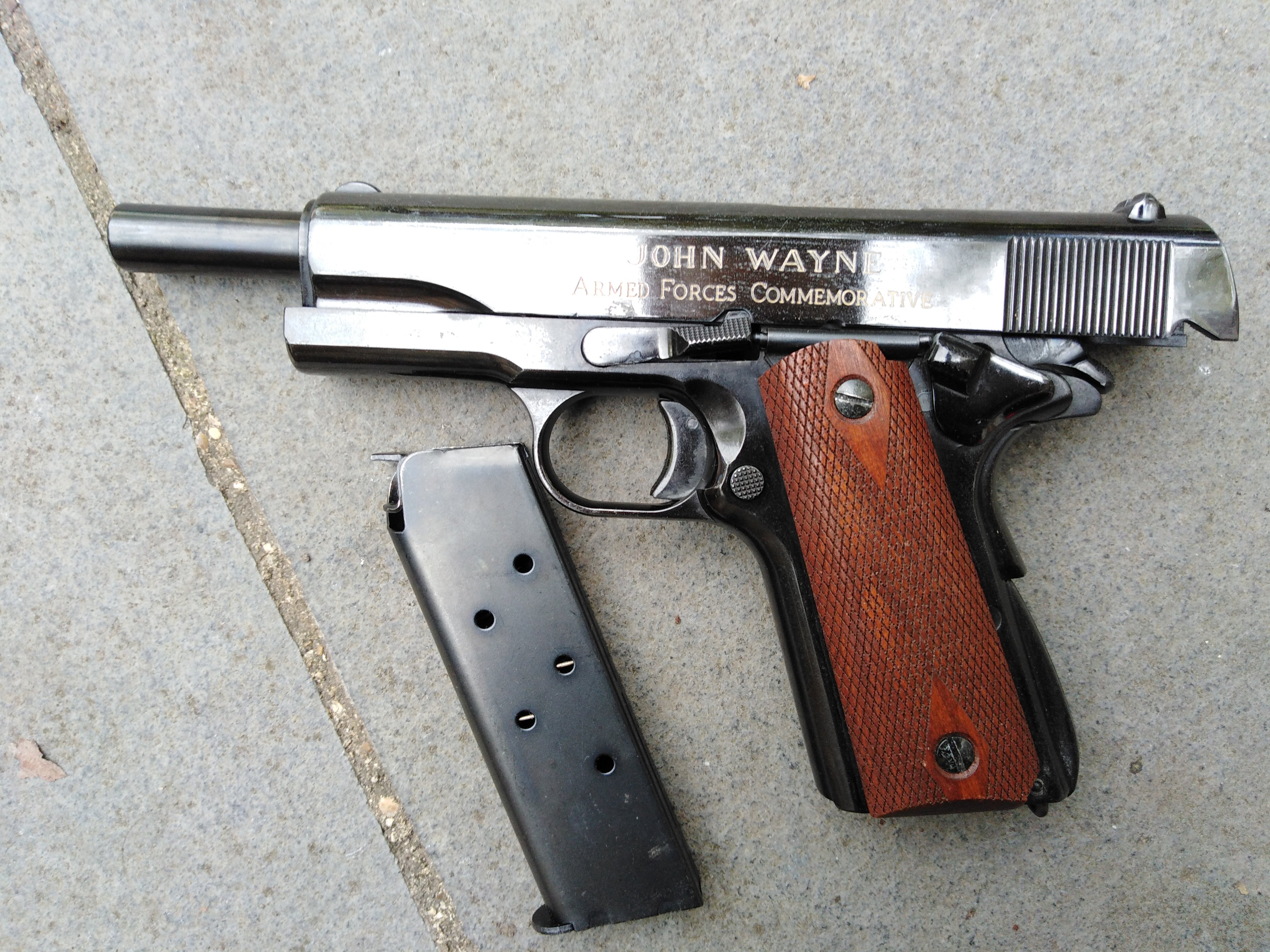 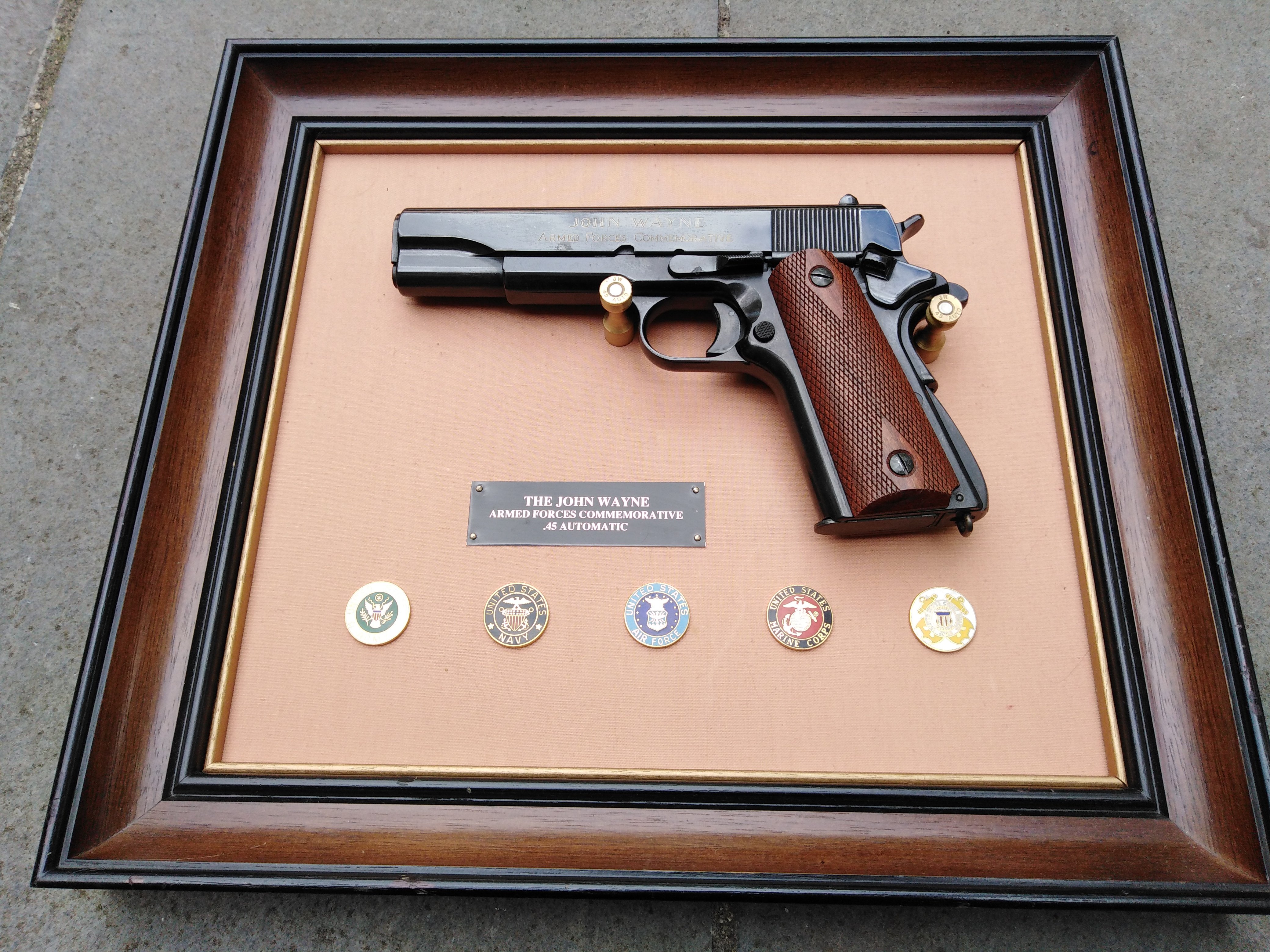 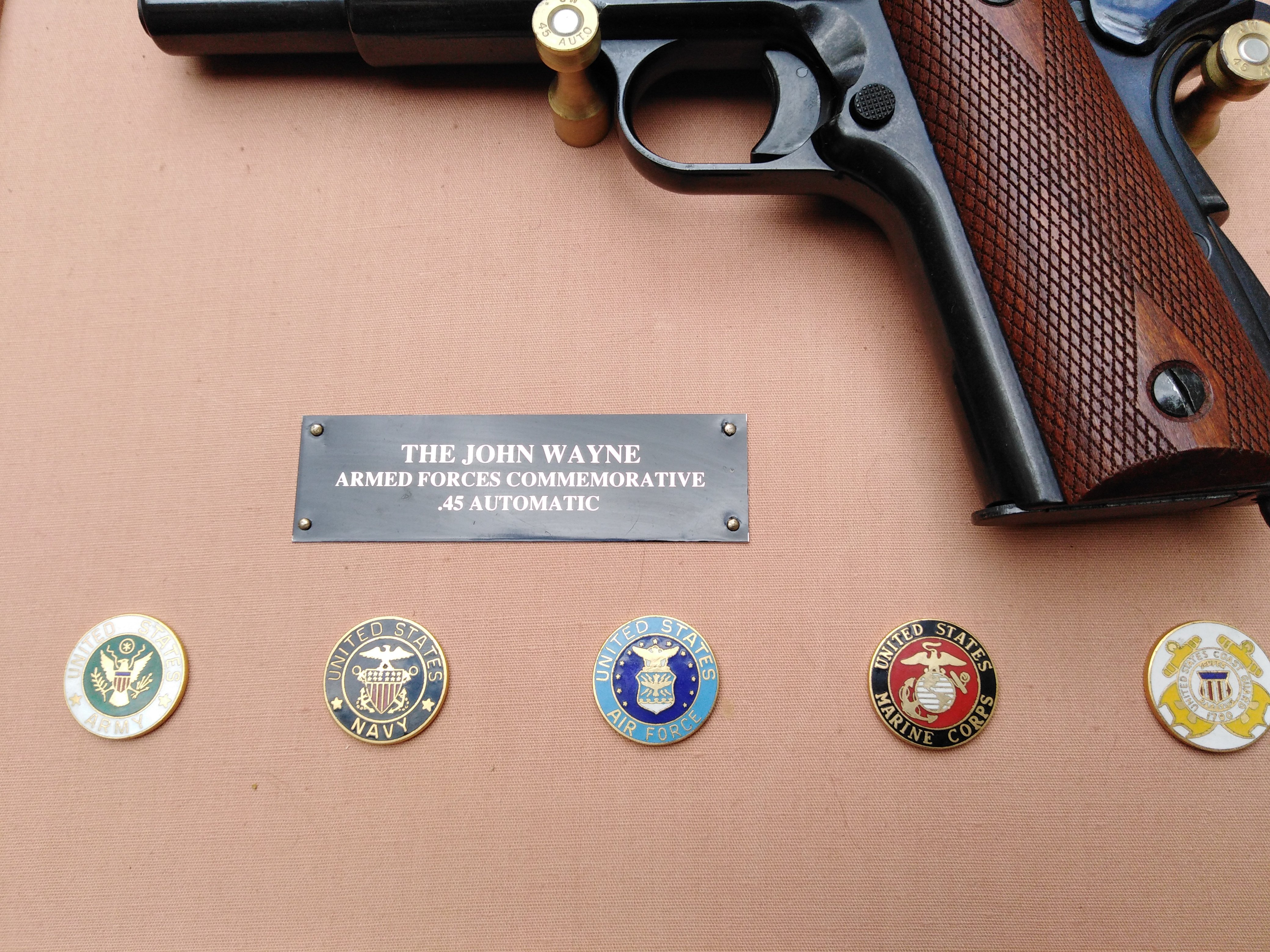 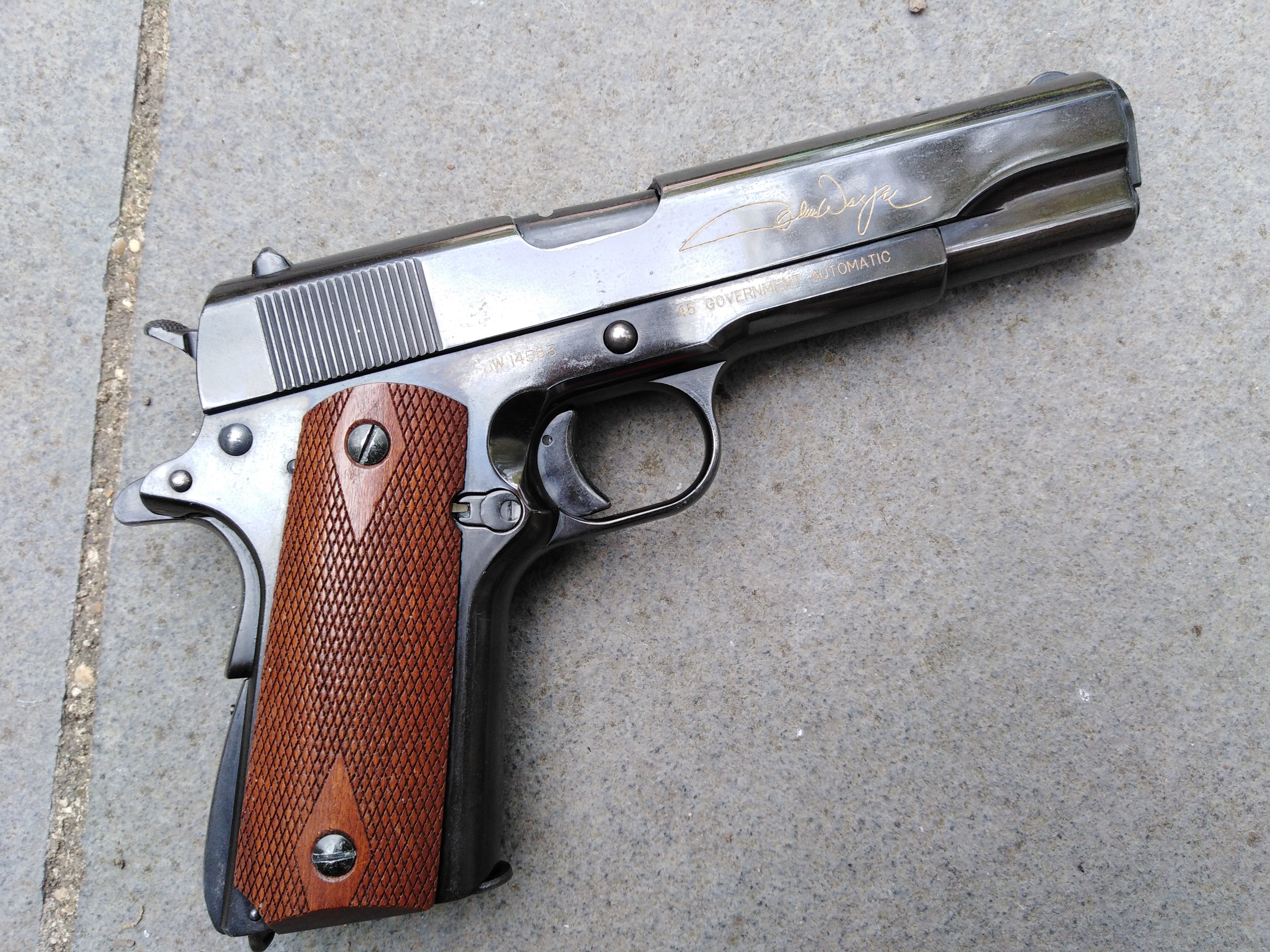 A pre-owned exact replica of the M1911A Colt 45 Automatic John Wayne used in his military films. Approved by the Wayne Family this was first issued on 10 May 1992 by the Franklin Mint for $395. It is exact in every detail. It is a non-firing replica and cannot chamber bullets, but dummy bullets can be loaded into the removable clip.
The shining black finish is accentuated by gold lettering on each side of the slide, including John Wayne's signature.
The wooden display frame is 12½" by 14¼" and two 45 cases are used to support the gun. The Certificate of Authenticity is attached to the rear of the display case. Five medallions are attached the display under the gun and represent Army, Navy, Air Force, Marine Corps and Coast Guard.
Can be cocked, dry fired, good metallic sound when cocked! It disassembles like the original and all the grip safety and the action work just as the original.Nice grips. See the pictures !